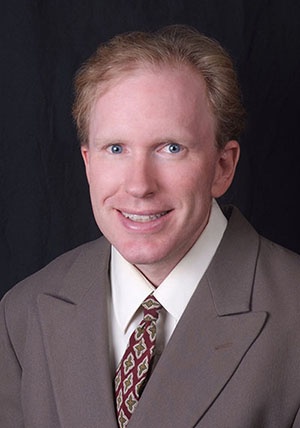 (SALT LAKE CITY)– November 4, 2019 – Daniel Cottam, MD, a bariatric surgery pioneer who practices at Salt Lake Regional Medical Center, a Steward Family Hospital, will be honored Wednesday by the American Society for Metabolic and Bariatric Surgery (ASMBS) Foundation with its “Surgical Innovation Award.” Dr. Cottam is being recognized for his work in developing a procedure that is now accepted as a standard approach for weight loss surgery and a gamechanger for millions who have Type II diabetes.

The Surgical Innovation Award recognizes an ASMBS member who has provided technological breakthroughs in areas related to bariatric and metabolic research, in particular for new surgical methods or devices. Dr. Cottam will share the award with Antonio Torres, MD, a Spanish physician, for their work in developing a procedure called the single anastomosis loop duodenal switch, or SADI-S, to surgically treat patients for weight loss. The pair will be honored at The Mandalay Bay in Las Vegas, Nevada, on Wednesday, November 6.

Dr. Cottam was the first in the United States to perform the SADI-S procedure, which he completed at Salt Lake Regional Medical Center in 2013. He is the most experienced surgeon doing this procedure world-wide. The procedure is a two-part operation where he first performs a sleeve gastrectomy, an operation that makes a patient’s stomach smaller – roughly from the size of a football to the size of a banana. The second part of the procedure involves diverting stomach contents further down into small bowel where digestion takes place, decreasing the amount of digestion the small bowel can perform, leading patients to weight loss.

Dr. Cottam credits Salt Lake Regional Medical Center’s leadership and staff with supporting his research and the development and implementation of the SADI-S procedure. He has published more than 20 papers in support of the groundbreaking procedure and its benefits to patients. The procedure carries about an 85% long-term success rate -- double the rate of similar procedures, he said.

Salt Lake Regional Medical Center and the Bariatric Medicine Institute program are recognized as Centers of Excellence by three independent organizations: they are a Metabolic & Bariatric Surgery Accreditation and Quality Improvement Program, a Surgical Review Corporation Metabolic-Bariatric Center of Excellence, and a Regence Blue Distinction Center+ for Bariatric Surgery.

One of the most remarkable aspects of the SADI-S procedure is the promise it holds for patients with Type II diabetes, basically eliminating the disease following their surgery.

“This is going to change how we approach diabetes,” Dr. Cottam said. “What we’re saying to a whole generation of people is, ‘You don’t have to suffer from diabetes; You don’t have to worry about it.’ Our long-term cure rate for diabetes at Salt Lake Regional Medical Center is 80%.  This is double the USA industry standard.”

In the past six years, he and his team have performed approximately 800 SADI-S cases at Salt Lake Regional Medical Center and data and research from those cases helped build the foundation for support of his Surgical Innovation Award.

In addition, Dr. Cottam and SLRMC have trained about 98% of the surgeons in the US who are using the SADI-S procedure, including those at the Cleveland Clinic, Duke University, Ohio State University, University of Texas in Houston, Southwestern University and the University of Nebraska, among others.

Dr. Cottam has designed and will lead the first official course on the SADI-S procedure sponsored by the America Society of Metabolic and Bariatric Surgery during the meeting this week in Las Vegas.

“This course helps others understand the foundation of everything we’ve been doing at Salt Lake Regional Medical Center,” he said. “That’s why it’s a big deal.   The world has literally been coming to our doorstep to learn effective ways in dealing with the problems of obesity.”